The Robert C. Welch Volunteer Attorney Project Award was created in partnership with the Kansas City Metropolitan Bar Association and the Legal Services of Western Missouri (LAWMO) to recognize attorneys who, through their participation in the LAWMO Volunteer Attorney Project (VAP), have demonstrated exemplary commitment to the delivery of pro bono services in our community. The 2019 recipients are: 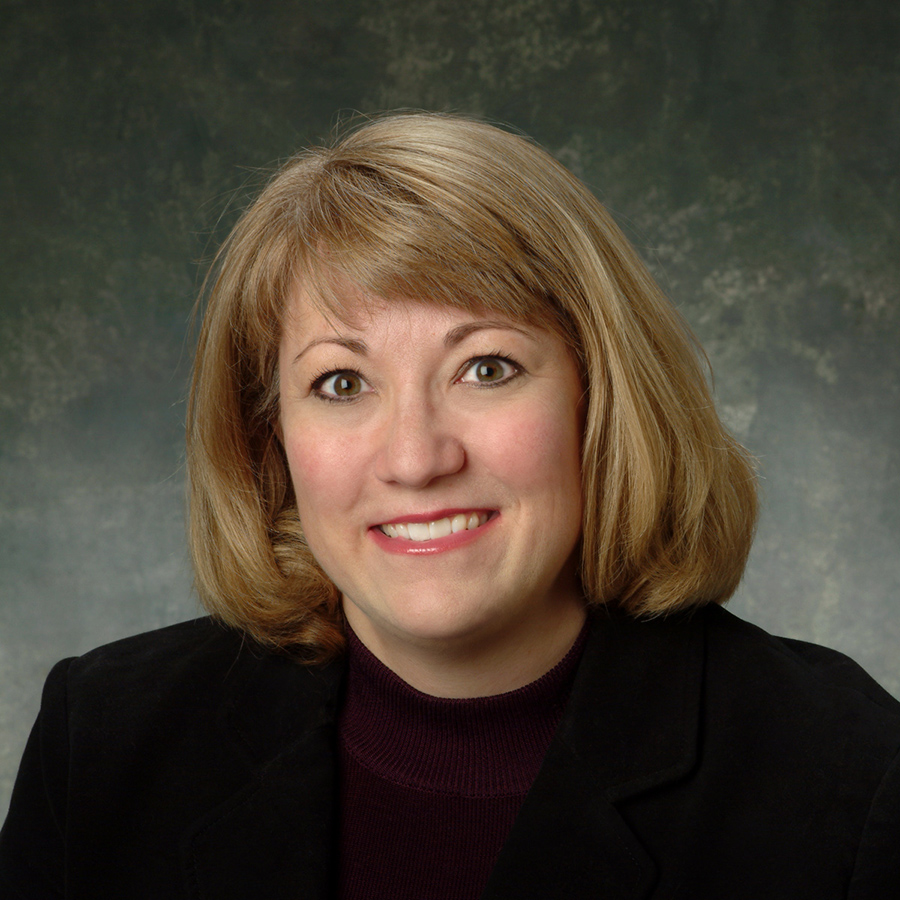 It is with great pleasure that we recognize Teresa Anderson for her excellent legal work and unceasing dedication to the provision of pro bono legal services. Although Teresa maintains a demanding caseload of Family Court appointments at the firm, for the past 16 years she also has continuously accepted VAP case referrals. The VAP cases she accepts are often some of our more challenging, involving dissolutions of marriage and guardianships for minor children.

Teresa concluded three cases in 2018 all with favorable outcomes — In the first case, Teresa‘s client experienced more than three years of physical and emotional abuse from her spouse. All the while, the client was caring for her adult son who had autism. Teresa helped her navigate what became a lengthy legal process, including mediation. Ultimately, her client was granted the dissolution of marriage along with other favorable resolutions.

In the second case, the client also was a victim of domestic violence and obtained an order of protection against her spouse. The client’s husband had a history of drug-use and criminal behavior. Teresa helped her client obtain a dissolution of marriage as well as a favorable custody arrangement for her with their three minor children.

guardianship over a minor. Two years earlier, a family friend left the three-year old boy with the client. The whereabouts of the child’s mother were unknown, and the father was incarcerated. Teresa’s client needed to ensure she could take care of the child’s medical needs as well as enroll him in school. Teresa spent almost a year helping her client overcome each legal hurdle necessary to help her gain guardianship, including the difficult process of serving the mother. Ultimately, her client was awarded guardianship of the young boy.

Teresa has been an effective advocate for clients unable to afford private representation. She has been exceedingly generous with her time, volunteering over 110 hours for these three cases alone. For Teresa’s exemplary work and long-standing dedication to providing pro bono services she deserves this special recognition. 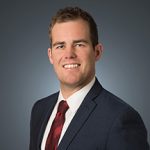 We are pleased to honor Sam Barfoot for his outstanding dedication to the mission of the Adopt-A-Neighborhood (AAN) project and for his services through VAP. In November 2016 when Sam first joined Polsinelli, he dove into volunteering with the type of enthusiasm one can only hope to see in new associates. He provides direct assistance to the Key Coalition, the neighborhood association that is partnered with Polsinelli through the AAN project. Helping residents in need of beneficiary deeds, agreements between the neighborhood association and rehabbers, and representing the neighborhood at hearings for abandoned housing work, Sam has demonstrated that he has a passion for protecting the interests and needs of the residents of that community. Although st

ill early in his career Sam has stepped into a significant representative role with the client and has dedicated more than 250 hours in support of the firm’s strong pro bono relationship with this neighborhood.

Separately from his work with AAN, Sam also took a VAP referral for a guardianship case that was ultimately contested and culminated in a trial. The client sought guardianship of her then 8-year-old grandson who had been living with her since birth. Unfortunately, both biological parents had been fighting substance abuse issues and struggled to remain stable between the throes of the criminal justice system and the streets. The case ultimately was contested by one of the biological parents and went to trial. Sam was able to finally secure the consent of this parent and prevailed on behalf of the client. This case, which concluded in 2018, resulted in more than 120 hours of pro bono services.

Sam’s unwavering dedication to this client, and his work with the AAN project is demonstrated by the hundreds of hours of legal expertise he has donated.

Shane is being honored for his exceptional legal work and for going above-and-beyond to ensure his pro bono client received the justice he so rightly deserved. 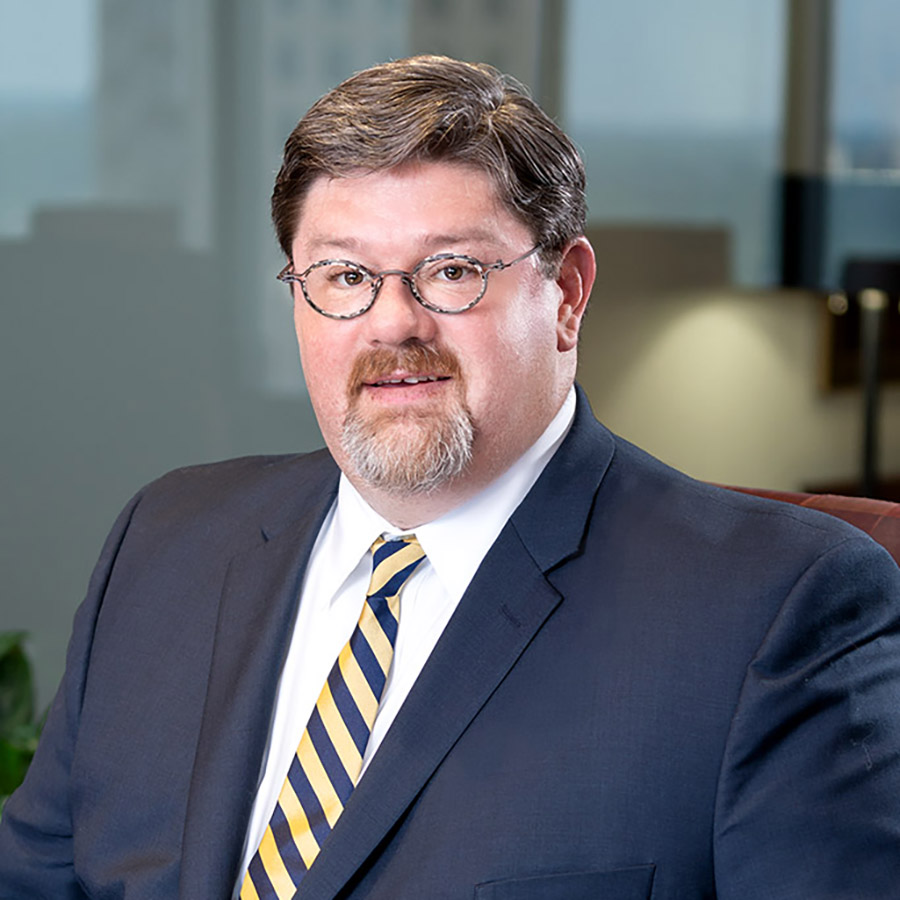 Despite being unable to read, Shane’s client signed a rent-to-own contract with his landlord in the 90’s and had steadily made payments for over 18 of the 20 years of his contract. His payment record was not perfect, but his landlord allowed him to perform repairs and other odd jobs in exchange for “credits” towards his amount due. Though his landlord had previously worked with him many times when back payments were due, the landlord began an eviction proceeding in the 18th year of the contract. The landlord sought to gain immediate possession of the house and retain all previous payments made. The client believed the amount his landlord claimed was inaccurate and excessive, and sought legal assistance.

Fortunately, the client kept a copy of his original contract, as well as receipts for every payment made to his landlord over the course of 18 years. Reviewing all documentation, Shane determined that the landlord had inaccurately inflated the past-due amount. Shane filed a counterclaim against the landlord and eventually took the case to trial. A judgment was ultimately entered against the client, but for less than the landlord had claimed. The court also stayed the judgment for as long as his client complied with a payment plan designed to bring him current and pay down the remainder of money owed on the contract.

After receiving the judgment, Shane kept the case open so that he could monitor his client’s payment progress and to offer additional assistance should another related issue arise. Finally, after approximately two years of payments, the client was able to successfully obtain the deed to his home. After confirming the deed was proper, and only then, did Shane close the case.

In all, Shane volunteered more than 200 hours of his time over the course of two and a half years to ensure that his client would own his home. Without his dedication the court ruling may have been less favorable, and his client may have lost his home. For the generous contribution of his time, his attention to detail, and his unwavering commitment to his client, we applaud and recognize Shane as an excellent example of how having a lawyer can make all the difference.