1. Mrs. Johnson's mortgage company would not correct erroneous bill.  She reached out to Legal Aid for help.

Mrs. Johnson is an elderly widow who faced foreclosure from her mortgage company when they double-billed her for insurance erroneously, resulting in a large escrow deficiency. She called Legal Aid.

Mrs. Johnson's Legal Aid attorney brought suit in federal district court and stopped the lender from foreclosing. As part of a settlement, the mortgage company corrected her account, cleared up her credit report, and paid her $5,000 in damages.

2.  Monica and her children are free from their abuser - They had Legal Aid on their side.

Monica finally took the children and left Art when he told her she owed him sexual favors because he had given her $100. Art sent Monica several threatening text messages after she left him, including one message in which he vowed to kick down her door, kill everyone there, and then kill himself. Soon after, Monica obtained an order of protection against Art with help from a domestic violence shelter.

Two months later, Art hired an attorney and filed for divorce. Monica contacted Legal Aid for assistance.  Her Legal Aid attorney represented her through the discovery process, including defending her deposition, and took the case to trial. The Court awarded Monica sole legal and sole physical custody of her children.

Art was granted visitation with the children on a graduated plan, contingent upon Art completing a twelve-week parent education program. The Court found that Art had subjected Monica to a pattern of domestic violence and that this parenting plan best protected Monica and the children from any further violence. Art was ordered to pay child support.

Fred was referred to Legal Aid by a community partner. His Supplemental Security Income (SSI) payments had been suspended for an unknown reason. While his Legal Aid attorney was investigating his SSI benefits, she learned he was also having an issue with his subsidized housing.

One of Legal Aid’s housing team attorneys accepted the housing case. Due to Fred’s SSI being suspended, he missed a few months' rent and the Housing Authority was threatening to evict him if he did not pay all monies owed plus late fees.

While Fred's first Legal Aid  attorney worked to get his SSI reinstated, his housing team attorney worked with the Housing Authority to complete a new budget showing Fred had no current income. Fred's attorney then negotiated to allow him the chance to pay the back due rent once his SSI was reinstated without losing his home.

Both attorneys were successful. Fred now receives SSI and is living in his apartment clear of any debt to the Housing Authority.

After threats of legal action, Joanna settled the matter by taking a deed in lieu of foreclosure. Unfortunately, she couldn’t find a suitable management company and was being cited by the City for property code violations. She was prepared to abandon the property and cut her losses when she decided to contact Legal Aid.

Joanna’s Legal Aid attorney repaired a title defect and arranged for a local nonprofit community development organization to purchase the home for $5,000. The nonprofit repaired the home and is now renting it to a low-income family, with the eventual goal of selling to the family.

The neighborhood association affected by this case has since identified three other vacant, blighted homes on the same block. Legal Aid is currently seeking remedies for those homes as well, which will result in more livable homes for low-income families in this neighborhood.

5.  Thanks to his hardworking paralegal, Allen had the transplant surgery he needed.

Allen was born with kidney failure. At six months old, he was one of the youngest people in Missouri to receive a kidney transplant and he has been on medications his entire life.

Allen is now 34 and his kidney is failing again. He must receive a new kidney or he will die. His sister is a match and he has a transplant surgery scheduled. To ensure a successful surgery, he must first undergo many expensive compatibility and blood tests. Unfortunately, the surgery will cost over $250,000 and declining health forced Allen to give up his successful career as a mortician. Allen applied for Medicaid and was denied.

Allen came to Legal Aid for help with his Medicaid denial. A Legal Aid paralegal requested all his medical records and asked for an administrative hearing. Allen’s health care providers were slow to respond, so the most important medical records arrived and were faxed to the hearing officer on the morning of the hearing.

Allen and his paralegal arrived at the hearing and waited for the administrative hearings office to call. Ten minutes after the scheduled hearing time, the paralegal received a call and was told that the hearing officer had a chance to review the records sent that morning and had made an on the record decision in Allen’s favor.

UPDATE: Thanks to help from Legal Aid, Allen had the life-saving transplant surgery and is ready to get back to work.

Cheryl is a sixty-four year old woman and for the first time in her life, she was being sued and it was by a payday loan company. Cheryl was worried about how this would impact her ability to maintain her household. As a great-grandmother, she maintained a four-generation household and her monthly income was not always enough to provide for daily needs.

Cheryl contacted Legal Aid and met with a Legal Aid attorney. During the meeting, her attorney discovered that Cheryl had been renewing and paying interest on the payday loan for a period of more than three years. It also appeared that the lender had violated state laws through their manner of accepting payment on the loans and how they chose to renew the loan.

The Legal Aid attorney agreed to represent Cheryl and through the discovery process, he requested information from the lender. This information seemed to indicate that some of the loans were not legally made. Essentially, the lender kept applying payments to the interest on the loans without properly paying down the principal balance.

The attorney filed a counter-suit on Cheryl’s behalf and eventually, after 18 months of litigation, the parties agreed to mediate the dispute under a retired judge. This mediation resulted in a significant monetary award to Cheryl.

7. Legal Aid helped Mary get her life back. 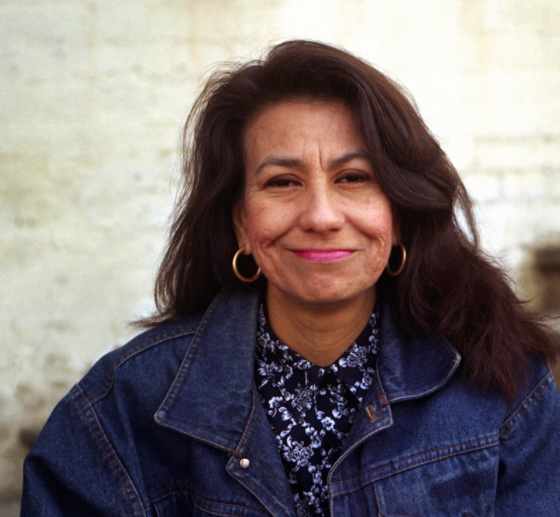 Mary had lived with her boyfriend, Gene, for almost ten years.  Gene developed a drinking problem and became angry and violent when drunk. He refused to allow Mary to receive conventional medical treatment and insisted that his religious beliefs protected Mary from illnesses and demons. Mary’s health deteriorated. Gene threatened Mary that if she ended the relationship she would die, her son would die, and her pet dogs would die. At one point, when Mary was trying to pack her things, Gene pushed her, threw her belongings around the house, and slammed a closet door into her arm.

Mary went to the local domestic violence shelter and received a referral to Legal Aid for help with a protective order. Mary also had her landlord provide her a copy of the lease which did not include Gene as a tenant. She was able to remove him from her home through a no-trespass order. The Legal Aid attorney met with Mary and helped her prepare her testimony for the hearing.

Following the protective order case. Mary’s abuser sued her in small claims court alleging that she owed him more than $3,000 for kicking him out of the shared residence. Mary had recently been diagnosed with terminal throat cancer and did not want Gene to know about her medical problems. The small claims collection lawsuit caused her additional stress and she did not think she had the strength to handle the case on her own. Mary also wanted to get a healthcare directive and power of attorney due to her health concerns. Mary’s Legal Aid attorney helped her with both requests and represented her at the small claims trial -- where she received a favorable verdict.

Thanks to help from her Legal Aid attorney, Mary can now focus on managing her illness and not worry about harassment and collections efforts by her abusive ex-boyfriend.

8. Rick reached out for help because the home he inherited from his mother was at risk of foreclosure due to unpaid taxes.

Rick grew up in the house, and after his mother passed away, he moved back, not realizing that his mother had fallen behind in the property taxes during her last two years of life. Rick had recently retired and couldn't afford to pay the back taxes. So after meeting with his attorney and discussing several options, Rick decided to enter into a Tax Redemption Contract with Jackson County. Rick's Legal Aid attorney filed documents with the Court requesting a 4-year redemption period for Rick to repay the taxes.  The Court granted this motion, and the foreclosure sale was stopped. Rick is now in the process of bringing his taxes current through monthly payments on the back taxes.

The news about recent activities for needed peoples.

The Legal Services Corporation has awarded a Technology…

The KY3 website in Springfield, Missouri, posted the article below for free…