Who Can Represent the Interests of a Special Education Student?

Special education students have a number of rights under a federal law—the Individuals with Disabilities Education Improvement Act—IDEIA. This page discusses who can assert those rights on behalf of the student.

The Individuals with Disabilities Education Improvement Act requires notice and an opportunity to participate in the special education process for the student’s parent. In addition, the parent must provide “informed consent” for most educational testing and a parent has the right to bring a complaint against the district. The important question, therefore, is who qualifies as a “parent?”

Under the Individuals with Disabilities Education Improvement Act, a “parent” means—

1.  A natural, adoptive, or foster parent of a child.

2.  A guardian, but not the state. This means that agencies, such as the Division of Family Services (DFS) who have custody over a child are not parents and do not have any rights under this law even if the child is a ward of the state.

3.  A person acting in place of a parent—such as a grandparent or stepparent with whom the child lives, or a person who is legally responsible for the child’s welfare.

4.  A surrogate parent who has been appointed under the IDEIA.

Nothing in the statutes or regulations requires parents to agree with each other. Both the mother and father have the right to be educational advocates for their child.

Each parent may present his or her viewpoint at each educational decision point. For instance, an IEP team (which could include both parents) would listen to both parents, but then might make a decision that agrees with one of the parents or a decision that satisfies neither one. Each parent would then have procedural rights to appeal the IEP team decision, and the hearing officer would again consider each parent’s position before issuing a ruling.

A parent, natural or adoptive, does not necessarily lose his or her right to advocate for the child simply because of a divorce from the other parent.

Although Missouri has not addressed this issue directly, some federal courts have found that non-custodial parents’ rights under this law may be limited by divorce decrees. If a divorce decree grants one parent the right to direct and choose the education for the child, the other parent may be denied any rights to be involved in the child’s education.

If you face this situation, you should contact an attorney to get more specific advice on your educational rights.

Even in cases where one parent is denied the right to direct a child’s education, that parent may still retain some rights (such as reviewing records or being advised of the child’s progress).

In the past, foster parents were only allowed to advocate for special education students in a limited number of circumstances. Those restrictions were eliminated under the Individuals with Disabilities Education Improvement Act of 2004.

The language of the Individuals with Disabilities Education Improvement Act specifically excludes state agencies or their employees from functioning as the “parent” for purposes of this law. As a result, a Deputy Juvenile Officer or a Department of Family Services employee may never serve as the child’s educational advocate. This is not to say that such a person may not attend IEP meetings if “invited” by the parent or school district, but they do not have decision making authority in place of the parent.

The IDEA also grants educational advocacy rights to “a person acting in the place of a parent.” Three examples are given in the federal regulation—

1.  A grandparent with whom the child lives, or

2.  A stepparent with whom the child lives, or

3.  A person who is legally responsible for the child’s welfare.

Missouri, in its regulations, has two definitions of “a person acting in the place of a parent…”. One follows the federal definition described above. However, the second definition is both broader and narrower. It includes—

4.  A grandparent, governess, friend, or private individual caring for the child, with the explicit or implicit approval of the natural parent or guardian.

This definition seems to expand the people who can act, but conditions that authority by requiring the “explicit or implicit” approval of the parent or guardian. There has been no court case that has examined these regulations.

Missouri has an additional requirement that children who are wards of the state and who live in residential facilities must have surrogates appointed. Missouri appears to require the appointment of a surrogate in these cases even if the child’s parents are available and have not had their rights terminated. No court has ever decided whether the requirement that a surrogate be appointed for children in residential facilities is appropriate.

Prepared by Missouri legal aid lawyers. Acknowledgment is given to Children’s Legal Alliance, the source of much of this material. March, 2006.  Sometimes the laws change. We cannot promise that this information is always up-to-date and correct. If the date above is not this year, call us to see if there is an update.  We provide this information as a public service. It is not legal advice. By sending you this information, we are not acting as your lawyer. Always consult a lawyer, if you can, before taking legal action. 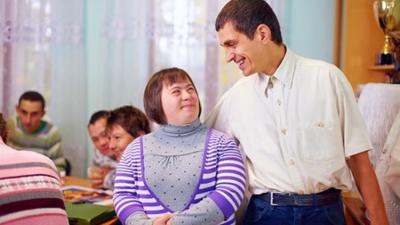